Duvet vs Comforter – All Questions Answered!

A duvet is a plush quilt that will usually be filled with down, synthetic fibers, or feathers. There could be quilting in a box or a channel pattern or they might look fluffy like a big sack. When you put a duvet on your bed there's a minimum amount of it that hangs over the bed so you get a nice modern look. You usually find duvets in a beige or a white color because these are neutral colors and neutral colors tend to disappear under the duvet cover itself. A duvet is designed so it can be used with a protective cover which comes in a wide variety of patterns as well as colors. You can think of this just like you would a pillowcase. There is a duvet cover that covers the actual duvet so you can have plenty of attractive styles on the bed.

Duvets are lightweight but they are also warm and this is one of the main reasons that people enjoy them. Since you can take their covers off, you can change the look of your bedding without having to invest in a new device itself. Many people will remove the top sheet when they use their duvet which reduces the number of layers to create the bedding. When people do this it is called is European style and this makes sense because, in Europe, the duvet is very popular.

Research indicates that the origin of the duvet was actually in Europe. Let me look at the word “duvet”  in old French this means “down.” Original duvet pillars were made out of town and they're still made with down to this day.there are some indications that as far back is 3000 B.C., duvet style coverings were used by the Chinese.

Washing is easy - Once you remove a duvet cover from the actual duvet you can throw this in the washing machine like you do a regular sheet. this makes washing duvet easy.

Less bedding -  A duvet cover is easily laundered and removed so you can replace the top sheet on the bed. This gives you less work when you have to make the bed.

Makes decorating easy -A duvet cover tends to be less expensive when you compare it to a comforter. They are cost effective and it’s easy to change the look of your bedroom. You will find many options and styles to choose from.

Move around - One of the problems with a duvet is it tends to move around quite a bit and doesn't stay in the place that you wanted to. You will have to readjust the bedding each day because the duvet can get quite twisted if you don't get look after it.

Hard to find the right sized duvet insert - A duvet cover is usually square in shape or it comes in it a queen or full size. it can be difficult to find a synthetic or a down duvet that is the right size. A properly sized duvet which is made to a high-quality can also be quite expensive. Once you find one that works for you it can be very luxurious and well worth the effort.

Here are some examples of excellent duvet cover sets that you might want to purchase.

The word comforter comes from the word “comfort” and it gains its popularity as the bedding of choice in the 19th century. The comforter has been used ever since this time. It's made much like a duvet and it's a quilt which is made from two layers of material which are stitched together and then these are filled with synthetic fibers, feathers, or down. A comforter differs in a duvet because it's less fluffy and thick and it also contains less fill when compared to a duvet. Most people find that the comforter will go flatter faster than a duvet cover will.

Many people enjoy comforters because they don't have covers. This is one piece that you can put on your bed and it can still be decorative. You will often get a comforter in a bedding package that you buy for your room. You can often get pillow shams and matching pillowcases to complete the look for your room. If you want your bed to have a layered look, a comforter is often used.

There is no fuss - A comforter will stay put on the bed and it rarely twists or shifts around. There is less maintenance when you compare it to a duvet cover. You can often get a comforter in a package deal so you don't have to go hunting for inserts like you do with a duvet cover

Makes coordinating and decorating your room easier -  it can be more difficult to coordinate your room so it looks nice when using a duvet. When you buy a comforter it's a lot easier to set up your room and you can get your comforter in a set so that everything matches well.

Harder to wash - In some cases, a comforter can be harder to wash. Some of them can be cleaned in a washing machine others need to be dry cleaned so you have to be careful how you wash them.

Goes flat more often - A comforter tends to go flat more often when compared to a duvet cover. they often don't stay at luxurious and fluffy for long periods of time. comforters have less fill in them so they get flat and lumpy at a faster rate no matter how much you fluff the comforter.

2. Nestl Bedding - The Best For Cover Variety and Colors

4. Word of Dream - The Best for Sensitive Skin

1. Linenspa - The Best for All-Season Use

3. Pinzon - The Best for Hypoallergenic Properties

The research done on this website is made possible by commissions earned through sales from affiliate links shared within the content. Learn more here. 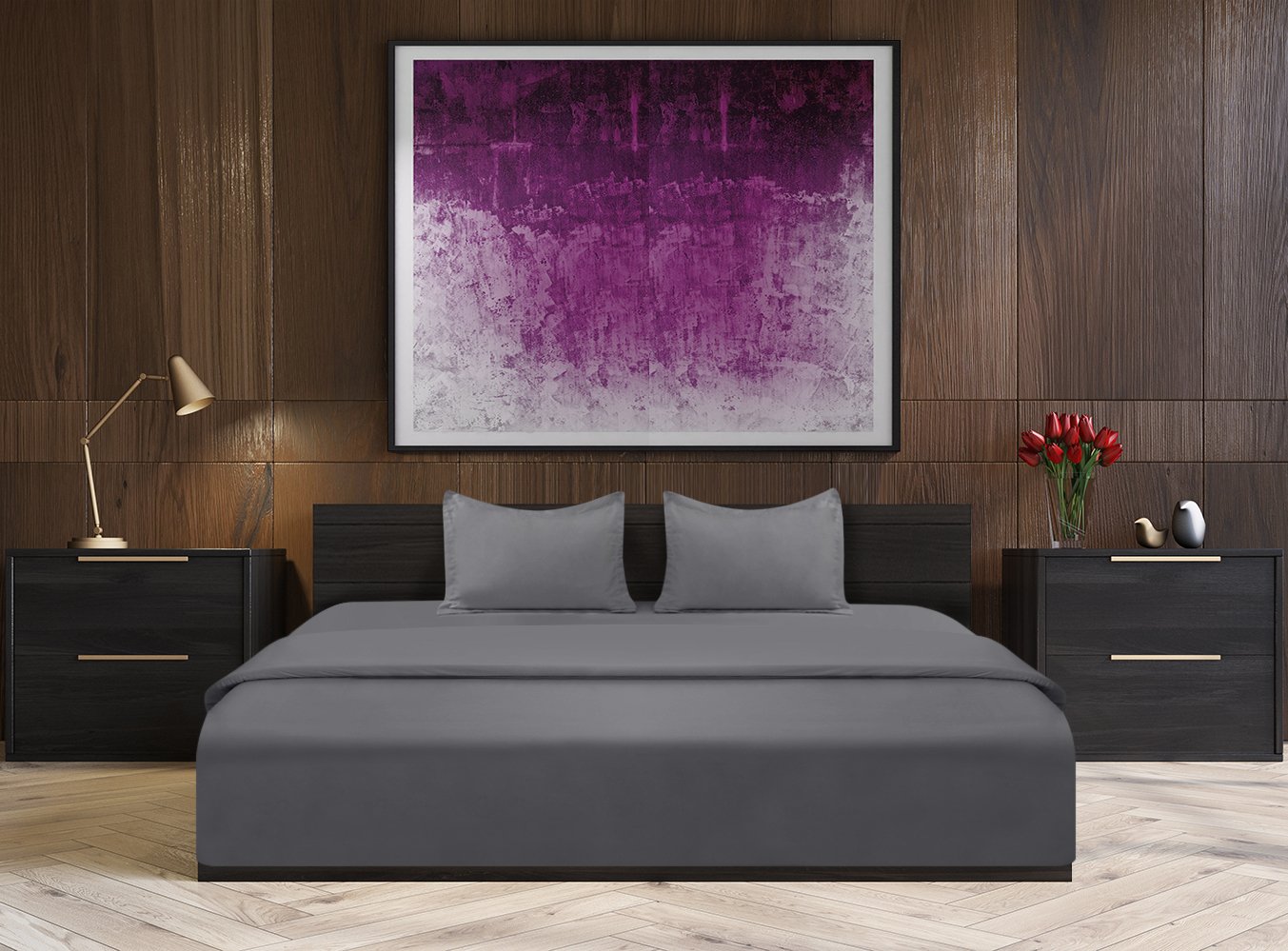 If you want bedding that is affordable, this is the duvet cover you want to own. It is might resistant, wrinkle-free, and stain resistant and you can get it for under $20. There are no complex patterns or strange colors so the neutral tones will fit your bedroom. The cover is durable, machine washable, and it will last you for many years. 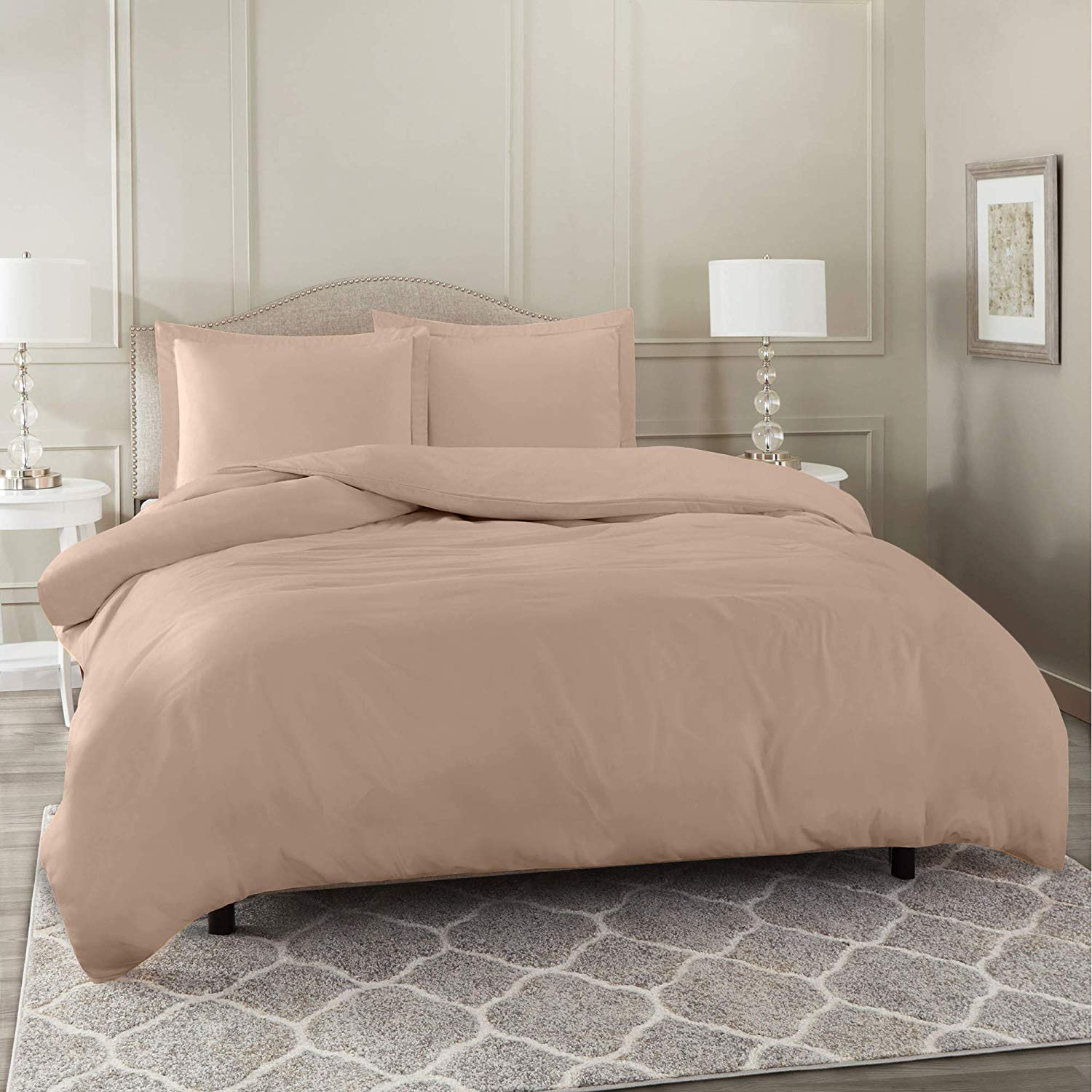 This duvet cover comes complete with corner ties and a button closure so it's easy to keep it into place. The cover is machine washable and it will keep its bright color whether you wash it once or many times. This device that comes in many colors so you'll find something to suit your needs. It will cover everything from a twin bed right up to a large king bed.